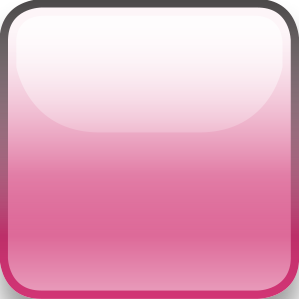 R (on the application of Miller and Cherry) v Prime Minister and Advocate General for Scotland [2019] UKSC 41, Supreme Court

R (on the application of Miller and Cherry) v Prime Minister and Advocate General for Scotland [2019] UKSC 41, Supreme Court

Essential Cases: Public Law provides a bridge between course textbooks and key case judgments. This case note summarizes the facts and decision in R (on the application of Miller and Cherry) v Prime Minister and Advocate General for Scotland [2019] UKSC 41, Supreme Court. This case concerned the constitutional-legal limits on a Prime Minister’s capacity to advise the monarch to exercise their power to prorogue Parliament. The document also includes supporting commentary from author Thomas Webb.

Full case judgment: You can view the full judgment for this case on the open-access BAILII website, http://www.bailii.org/uk/cases/UKSC/2019/41.html

This case concerns the scope and limits of the prerogative power to prorogue (suspend) Parliament (see [2–6]), and the law delimiting the government’s giving of advice to the Queen (HMQ) to prorogue.

In late August 2019 the government advised HMQ to make an Order in Council proroguing Parliament with effect from a date between 9–12 September to 14 October 2019 (at [15]; see also [16–20]). It had been suggested that the government were seeking to avoid parliamentary scrutiny of their negotiations with the EU. It was contended that, not only was this an unconstitutional use of executive power, it was also unlawful.

Cases were brought in Scotland and in England and Wales challenging the legality of a prorogation on the basis that it allowed the government to avoid political scrutiny by Parliament (see [23–25]). In Scotland, the Outer House of the Court of Session ruled the matter non-justiciable, but the Inner House disagreed on appeal. In England and Wales, a Divisional Court of the Queen’s Bench (consisting of the LCJ, MR, and PQBD), like the Outer House, ruled the matter non-justiciable, and the case was appealed directly to the UKSC (at [25]).

An eleven-member panel of the Supreme Court (UKSC) was unanimous in its opinion that the prorogation was unlawful (at [62]). To unpack this, the Court said four questions had to be considered (at [27]):

Is the question of whether the Prime Minister’s advice to the Queen was lawful justiciable in a court of law?

If it is, by what standard is its lawfulness to be judged?

By that standard, was it lawful?

If it was not, what remedy should the court grant?

On question (1) the government had argued that the question was non-justiciable; it was a matter for ‘the political arena’ (at [28]). The Court was unconvinced (at [30–34]). The existence of a prerogative, and the manner in which it is exercised are legal questions (at [35]), and it is the courts’ constitutional role to answer them (at [36–37]; also [52]).

As regards question (2) the Court reasoned that ‘every prerogative power has its limits, and it is the function of the court to determine … where they lie’ (at [38]). This would be done here against two standards derived from common law constitutional principles (at [38–40]). First, parliamentary sovereignty, a legal principle which, is ‘incompatible’ with an unlimited power of prorogation (at [42]; see also [41–45]). Secondly, governmental accountability to Parliament (at [46–47]). Prorogations prevent Parliament from scrutinizing government (at [48]), and therefore advice requiring prorogation without reasonable justification is unlawful (at [49–51], [61]).

Thus, turning to question (3), the Court considered that advice contravening either of these principles would be unlawful (see [55–56]; also [57–61]).

On the final question, the Court, aside from making a declaration that the prorogation was unlawful (at [62]), went further. The Court ruled that prorogation was not a proceeding in Parliament, protected by parliamentary privilege (Art. 9 of the Bill of Rights 1688/89) (at [63–67]). Indeed, it was ‘quite the contrary: it is something which is imposed upon [Parliament] from outside’ (at [68], emphasis added). Thus, the Court could rule on the legality of the prorogation advice (at [69]).

Leaving aside the possibility of political disagreement with the effects of this judgment, disagreement amongst legal observers principally turns on different expectations of the courts’ role in relation to the interpretation and development of the constitutional framework in the United Kingdom. Some of the options offered in the literature are:

Recognize that while constitutional principle does constrain executive action, the courts are not the appropriate institution to give effect to them. In this particular case ‘the irresistible force of … actual constitutional constraint’ was never given the opportunity to bite through non-judicial routes. See Endicott (2020) 136 LQR 175–81, 180–1.

If creativity is envisaged, this should be grounded in precedent, and the articulation of that precedent by the court should make sense in the context of the constitutional facts regulating that part of the constitution (e.g. executive–legislative fusion). Moreover, the court should be wary of creativity which recreates orthodoxy by failing to acknowledge new constitutional facts developed through the democratic institutions (e.g. devolution). See McHarg (2020) 24(1) Edin LR 88–95, 92–5.

The reader will appreciate that these summaries are, given the limited space available here, only rough in nature, but they point to fundamental disagreements about the modes of giving effect to, the scope of, and the limits constraining, the powers of all three institutions—Parliament, government, and the judiciary.

To read these accounts in isolation is also inadvisable. On its own, the apparent longer-term legal consequences of Miller v Prime Minister make little sense, even in view of the Brexit context. Yet, seen alongside the growing willingness of the courts to turn to common law principles in cases across the field of public law (Osborn [2013] UKSC 61, HS2 Action Alliance [2014] UKSC 3, UNISON [2017] UKSC 51, Evans [2015] UKSC 21 etc.), one perhaps sees, if not an assertion of judicial constitutional authority, then the beginnings of an articulation of a vision of the constitution. For an explanation as to why the courts have started down this path, we can turn to Birkinshaw’s remark in (2020) 26(1) EPL 29 that the orthodox view ‘that a matter may be unconstitutional but not illegal in the UK constitution is looking rather worn’ (at 35). This does not mean that one must always say that, both in principle and as a matter of law, unconstitutionality is synonymous with illegality. However, it does suggest that one may be wise to have a good constitutional reason for why this is not the case in a given situation, where in earlier times the question may never have been judicially explored.

Of the options 1–4 above, which position do you subscribe to and why? What do you think was the proper balance of powers and responsibilities between Parliament, the courts, and government here?

If you apply that same balance to the cases of, for example, GCHQ [1985] AC 374, Fire Brigades Union [1995] 2 AC 513, Evans, and UNISON (or other cases concerning inter-institutional clashes), are you satisfied with the answer it dictates on those facts? If you are not, consider how you would justify reaching a different conclusion. For example, do you think that democratic legitimacy warrants the distinction?

What are the institutional risks to Parliament, government, and the judiciary of accepting, promoting, challenging, or ignoring the concerns and priorities of the other branches in this area?