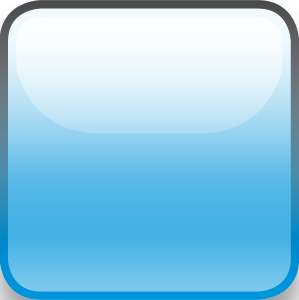 Full case judgment: The reported judgment, cited as [1947] KB 130, is available from the ICLR. Alternatively, you can view the full judgment for this case, cited as [1946] EWHC KB 1, on the open-access BAILII website, http://www.bailii.org/ew/cases/EWHC/KB/1946/1.html

This case is regarded as a significant step in developing the modern doctrine of promissory estoppel. It raises questions of whether its birth was legitimate and the extent of its operation.

In 1937, the claimant let a block of flats in Clapham, South London, to the defendant for a ground rent of £2,500 per year. In the early part of the Second World War, the individual flats were mostly unlet due to war conditions. Given the difficulties in meeting the ground rent, it was agreed in 1940 that it should be reduced to £1,250 as from the outset of the lease. The defendants began to pay the reduced rent. By the beginning of 1945 (as the war was being won), the flats were all let. In September 1945, the claimants sent a notice to the defendants stating the rent was £2,500 and initiated legal proceedings to recover the difference for the rent periods ending in September and December 1945. The defendants argued that the rent reduction applied for the whole term of the lease.

The legal issue was that the promise to accept a reduced payment was made without consideration and not made in a deed, which meant it was unenforceable in the common law of contract (Foakes v Beer (1884) 9 App Cas 605 (HL)).

Denning J, in an ex tempore judgment, held that the reduction agreement was binding on the defendants until the prevailing conditions were no longer in place. This meant that while the full rent could be recovered for the present and future rent periods, the lost past rent could not be.

Denning J steered around this problem by relying on Hughes v Metropolitan Railway (1877) 2 App Cas 439 (HL), a hitherto obscure case on promissory estoppel. In this case, a landlord was temporarily estopped from using his right to terminate a lease. The landlord and tenant had entered negotiations for the landlord to buy back the lease, which ultimately proved fruitless, but the tenant had indicated he would not begin the repairs until the negotiations ended. It was held that the landlord had impliedly promised not to enforce his right to terminate accordingly, and this meant that a reasonable time, six months, had to elapse before the lease could be terminated.

High Trees is a practical solution to a very real problem in the law of contract: how to vary a contract where the doctrine of consideration would preclude it. Criticism has focused around the evasion of Foakes v Beer, decided only seven years after Hughes. This might suggest, because Hughes was not applied in Foakes, that estoppel does not apply to debts. Alternatively, if one wishes to reconcile these cases, the conclusion is that promissory estoppel is only suspensory, such that the promise can be resiled from and the debt demanded for future obligations. Ultimately, however, Hughes was not cited in Foakes, so it is not clear whether Hughes was considered unimportant, not relevant, or was merely forgotten.

However, this would not fully explain the present case, where the past debt was not suspended, but extinguished. That promissory estoppel extinguishes past obligations but only suspends future obligations appears to be the position in the later case of Tool Metal Manufacturing Co Ltd v Tungsten Electric Co Ltd [1955] 1 WLR 761 (HL). Denning J’s significant changes to the law were therefore that: (i) promissory estoppel operates to extinguish past obligations; and (ii) only reliance, not detrimental reliance is required.

The big conceptual question of whether such ‘workarounds’ to the doctrine of consideration are tinkering around the edges, where what is really needed is a reconsideration of the doctrine itself is more to do with contract law and as such is outside the scope of this note.

From the perspective of equity, the big conceptual question is whether promissory estoppel should be a cause of action. It is clear that in England it cannot and operates only to restrain a party from exercising her strict legal rights (at 134 and see the later case of Combe v Combe [1951] 2 KB 215 (CA)). It is a ‘shield and not a sword’. Contrast this with the position in Australia, where promissory estoppel can be a cause of action: Walton Stores (Interstate) Ltd v Maher (1988) 164 CLR 387 (HCA). There, Walton Stores had behaved unconscionably by inducing the Mahers to continue building work after deciding not to conclude the anticipated contract with them. The High Court held this could be a cause of action in promissory estoppel. If the purpose of estoppel is to restrain unconscionable behaviour, it is hard to see why promissory estoppel is limited in this way where promissory estoppel is not. See, e.g., Cobbe v Yeoman’s Row [2008] UKHL 55, [2008] 1 WLR 1752, noted in Essential Cases (and where remarks were made suggesting the two estoppels are ultimately the same) and other commentary, e.g., Duthie (1998) 104 LQR 362; Lunney [1992] Conv 239; and Halson [1999] LMCLQ 256.