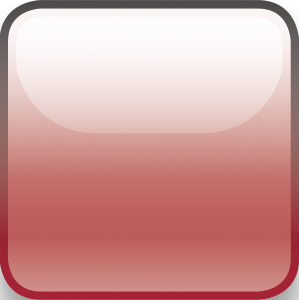 Full case judgment: The reported judgment, cited as [1963] AC 386, is available from the ICLR. Alternatively, you can view the full judgment for this case, cited as [1961] UKHL 3, on the open-access BAILII website, http://www.bailii.org/uk/cases/UKHL/1961/3.html

George Bratty, aged 26, was convicted of strangling 18-year-old Josephine Fitzsimmons. They were family friends and their families saw each other often. On the night of the killing, the victim asked the defendant to give her a lift. She was later found strangled with her own stocking. Bratty explained that, at the time of the crime, he had a ‘terrible feeling’ and ‘a sort of blackness’. He sought to rely on three possible defences: automatism, claiming that he was acting as a result of psychomotor epilepsy; insanity; or an argument that he lacked the capacity to have the mens rea for murder. The trial judge left the defence of insanity to the jury, but neither of the other two arguments.

The defendant was convicted and appealed, claiming that the judge should have left automatism or lack of mens rea to the jury.

Their Lordships started by emphasizing that the law presumes that everyone is sane and responsible for their actions. If there is no evidence to show otherwise, then a defence of automatism does not need to be left to the jury. Their Lordships confirmed that there are two types of automatism in the law: insane automatism and non-insane automatism. However, in this case, the judge had been correct to leave only insane automatism to the jury. That was because the only evidence of the cause of the unconscious act was a ‘defect of reason from a disease of the mind’—namely, the psychomotor epilepsy. The judge correctly directed the jury that if there were a defect of reason that meant that the defendant did not know the nature and quality of his act or did not know that it was wrong, he could rely on the defence of insane automatism. The jury rejected that defence and so insanity was not found.

The judge did not need to leave the defence of non-insane automatism, because the defendant had not introduced any evidence of an external factor that could have caused the lack of awareness. In that regard, as Viscount Kilmuir put it, ‘the presumption of mental capacity is sufficient to prove that he acted consciously and voluntarily’. The defendant’s acts of taking off one of the victim’s stockings and tying it around her neck appeared to indicate a mens rea and the defendant offered no evidence that he did not so act.

No act is punishable if it is done involuntarily: and an involuntary act in this context—some people nowadays prefer to speak of it as ‘automatism’—means an act which is done by the muscles without any control by the mind, such as a spasm, a reflex action or a convulsion; or an act done by a person who is not conscious of what he is doing, such as an act done whilst suffering from concussion or whilst sleep-walking.

As Lord Denning added, however, that does not mean that not remembering what you have done is a defence! It is possible to have acted voluntarily, but then forgotten how you behaved. Also, an act that is involuntary because of drunkenness can still be a crime.

The key starting point in this case is the presumption in favour of mental capacity. This means, as Lord Denning put it, that ‘if the defence wish to displace that presumption they must give some evidence from which the contrary may reasonably be inferred’. This must be the correct approach, otherwise the prosecution would be put to the time-consuming and complex job of proving the sanity and responsibility of every defendant beyond reasonable doubt. While we start with the fact that the prosecution must prove beyond reasonable doubt the elements of the offence, in this case it seems that the presumption will perform that task. The only way in which to prove sanity would be to have a medical report produced in each case. That would be expensive and problematic if the defendant were to refuse to cooperate. In effect, therefore, the burden is put on a defendant to introduce some evidence of insanity.

Both insane and non-insane automatism involve a lack of awareness of the nature or quality of the defendant’s actions or that the defendant’s actions are wrong—known as the ‘M’Naghten Rules’ (R v M’Naghten (1843) 8 Eng Rep 718). The key distinction between insanity and automatism, according to their Lordships, is that, in the case of insanity, it is a disease of the mind that causes the lack of awareness, while in the case of non-insane automatism, it is an external factor (such as a swarm of bees). This distinction is problematic because it means that ‘insanity’ is not tied to the medical definition of the term. An alternative approach would be to consider how likely it is that the impairment will reoccur. We might release a defendant who committed a crime when attacked by a swarm of bees confident that is unlikely to occur again, while if the defendant has a serious mental condition which causes violent outbursts, the case for detention would be stronger.

The precise line between an external and internal factor is problematic. In R v Burgess [1991] 2 WLR 1206, a defendant who committed a crime while sleepwalking was found to be insane on the basis that the sleepwalking resulting from an abnormality of the mind, rather than an external factor. However, most people would find it odd that sleepwalking was found to be a kind of insanity. Even more worrying is that most doctors would find it to be a very strange conclusion.